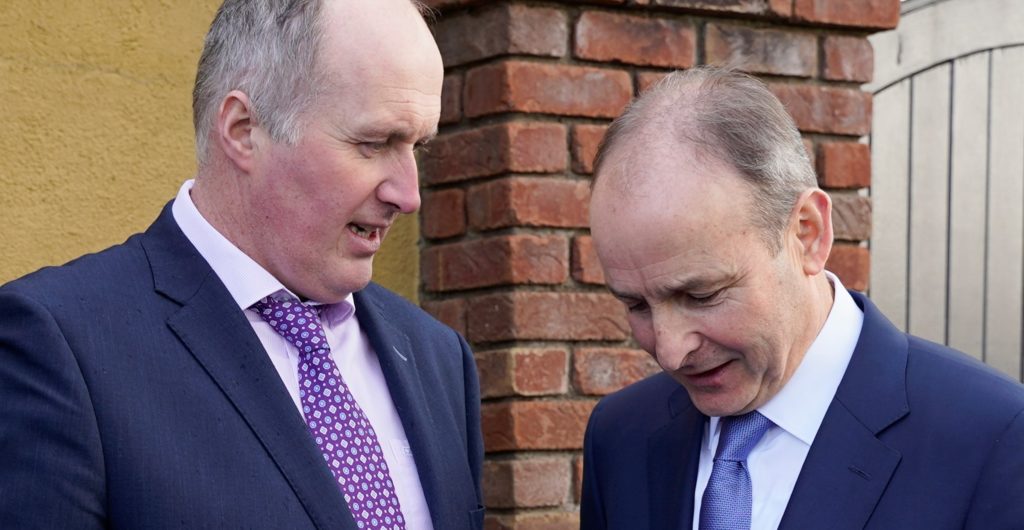 ICMSA had a meeting with Micheal Martin, the Fianna Fail Leader, in Limerick today giving ICMSA President, Pat McCormack, the opportunity to repeat his association’s mantra that there are “do-able, practical, fair and progressive” solutions possible to the challenges besetting Irish farming.  Mr. McCormack said that from ‘Day One’ of the election campaign, it has been perfectly obvious on which two issues the farmer and broader rural vote would depend.

“We said before the General Election was even called that from a farmer and agri perspective two particular issues would dominate: pressure on farm incomes and margins and the relentless – and totally unfair – attacks on farming by the most extreme elements in the Environmental movement that aims at making farming the ‘whipping boy’ for Ireland’s perceived climate infringements.  The campaign so far has borne out our analysis and from all over the state, we are getting feedback from our members that these are the two issues dominating the national question.”, said Mr. McCormack.

“ICMSA presented the Fianna Fail leader with the ICMSA Guide to General Election 2020 that identifies, lists and provides solutions to the issues that we know are holding back the sustainable development of our farming and food sectors. We want to emphasise that these issues can be solved if addressed with the right policies and determination”, concluded the ICMSA President.