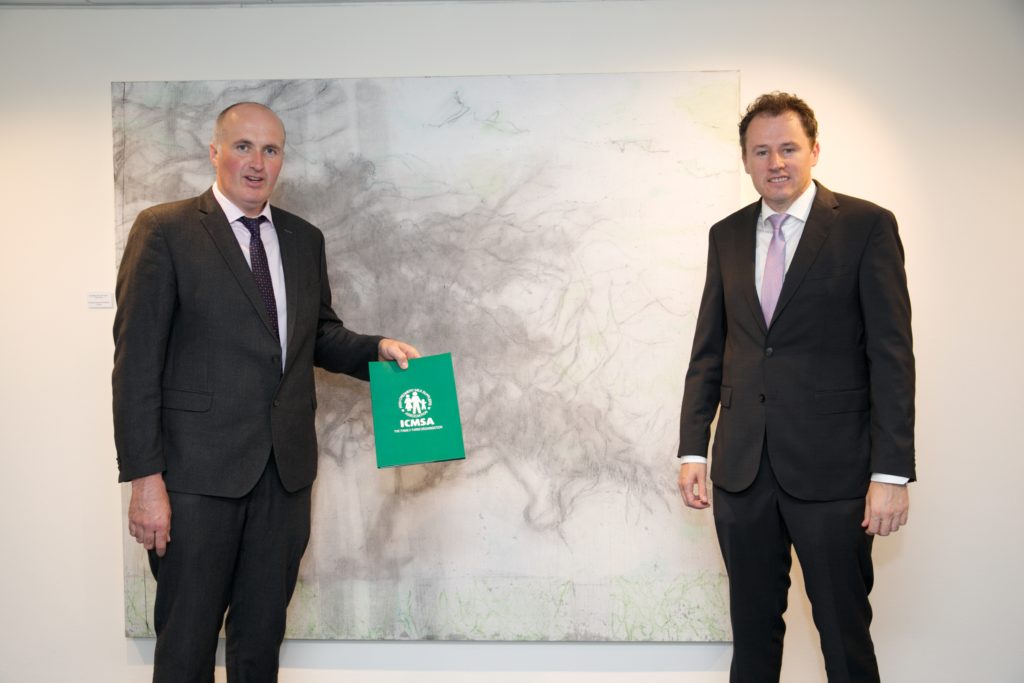 After his first meeting with Minister McConalogue this afternoon, the President of ICMSA said that he was encouraged by the energy that the new Minister seemed intent on bringing to his position and the command of the questions he showed. Pat McCormack said that while it was certain that he would disagree with some of the policies and approaches favoured by Minister McConalogue, the Minister, nevertheless, had his best wishes and those of his Association. Today’s meeting ran through what ICMSA considered to be the most pressing issues facing the new Minister and, unsurprisingly, these were CAP, Brexit, Beef and Dairy prices and the need for the economic sustainability of farming to be considered in tandem with environmental sustainability.

On CAP, Mr. McCormack stressed Ireland’s need to preserve – as a minimum – all current direct payments through any transition period and the re-emergence of food security as a central consideration in light of COVID. He also noted that while farmers accept the need for climate change measures, they would not allow themselves to become ‘whipping boys’ for a vociferous and extreme element that seemed to want the end of all commercial farming in Ireland without any thought to what would happen the rural areas in which food production was the only economic activity. On beef prices, the ICMSA stressed the importance of live exports and the need for greater integration between the dairy and beef sides of production through the ICMSA ‘Dairy Calf To Beef ‘proposal made to his Department.  On dairy, Mr. McCormack said that Irish prices still lagged their EU counterparts and he asked that serious consideration be given to anti-volatility measures, namely the ICMSA’s Farm Management Deposit Scheme which would be allow income earned in ‘good’ years to be offset against losses suffered in ‘bad’ ones.

The four year-old shadow of Brexit has returned in recent days and ICMSA reminded the Minister that whatever else may have changed, the requirements of Irish farming had not moved an inch: “We need a post-Brexit situation that is as close to the present one as can be secured. Irish food has held those British markets for centuries and we just cannot afford to lose them now – nor do the British want to replace our food with anyone else’s. We know the extent of the challenge and we certainly feel that progress on securing the deal that we all want depends on the reliability of agreements already signed up to being respected”, said Mr. McCormack.