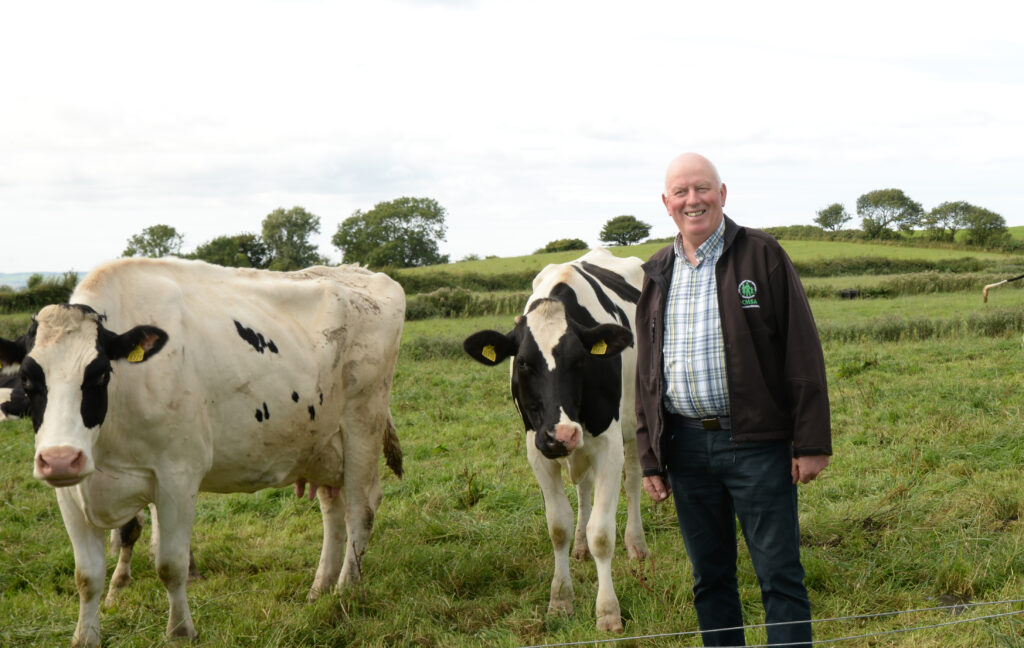 Speaking after attending the most recent Bord Bia meeting, at which “frank and unvarnished opinions” were expressed on the issue of falling beef prices, ICMSA’s Livestock Chairperson, Des Morrison, said that his association did not accept that pressure on Sterling and the collapse of economic confidence in the UK was any kind of rational explanation for the fall in beef prices experienced over recent periods. Mr. Morrison said that this explanation was “being peddled by the factories” and did not stand up to any degree of scrutiny.  The ICMSA chairperson bluntly accused the beef processors of “hiding behind the fall in Sterling” to cut their prices to farmers.

“The first thing to note is that the slide in beef prices comfortably predates the latest Sterling slide. Beef prices have fallen by approximately 80 cents per kg since June. Factories were sliding prices down at least two and a half months before the ‘Fiscal Statement’ of 23 September triggered the notable fall in Sterling against the Euro.  So, the dates don’t line up. The second thing is that even if consumer sentiment in the UK is preparing for a recession – and we concede that it is – then their purchases will switch to manufactured beef and indeed we see a proportionate growth there as consumers look to ‘one pot’ dinners that will use less energy and don’t rely on premium cuts. That increase in demand for manufactured beef will actually outweigh the fall in Sterling to Euro and we certainly can’t see how the change in exchange rate would have more of an impact than that massive demand for manufactured beef”, said Mr. Morrison.

The ICMSA Chairperson said that it was much more likely that the beef processors were using Sterling’s weakness to camouflage opportunistic profiteering.  He noted the fact that the current 30 cents per kg differential between Irish price and the European average for prime beef is the highest it’s been for a number of years.

“The pattern here is nothing new: as soon as factories can see an increase in steady supply, they move to cut price. It’s nearly laughable to hear MII and factories talking about the importance they attach to a 52-week supply when they have systematically undercut winter-finishing. The move to cut prices is usually timed to coincide with a fall-off in live exports. I don’t know who they (the factories) think they are fooling if they imagine that winter finishers will continue to produce at a loss.”

Confirming that ICMSA had asked Bord Bia to engage to a greater degree with restaurants and hotels, Mr. Morrison said that the association did not accept that marketing higher value cuts was impossible in the face of consumer anxiety about a downturn.

“We wouldn’t accept that at all, and we would feel that there’s an unfortunate degree of resignation and ‘giving up’ about that attitude. We have to keep the market for more high-end cuts because it’s the demand there that pulls the whole carcase price upwards or downwards. We want Bord Bia to get into that sector and find out what they think because that group is ultimately the best marketeers of our grass-fed beef. They surely have the best and most consumer-orientated ideas about how we can keep those high-value cuts on menus and keep demand up. ICMSA does not accept that we should just focus on manufactured beef into the immediate future and give up on the excellent progress we’ve made on high-value cuts – and specifically the excellence of high-value cuts from dairy animals”, said Mr. Morrison.

Confirming that he has also demanded progress on live exports and updated reports on the talks with Turkey and other international markets, Mr. Morrison said that farmers “were not buying” the factories’ explanation and a much more probable reason for the price in farmer price was the processors’ decision to take opportunistic profits at the expense of the farmers.