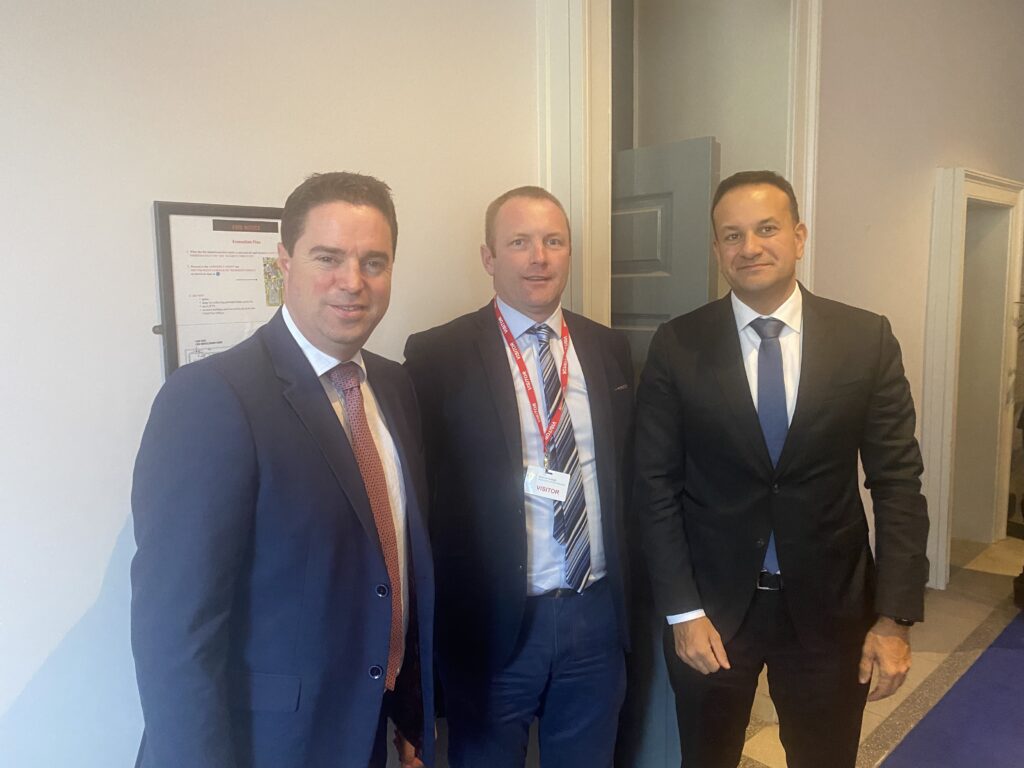 At a meeting with the Tanaiste today (Wednesday 5 Oct), ICMSA Deputy President, Denis Drennan, called for the Government’s policy on farming and agri-emissions to “reach out” to commercial family farms and cease what he called the useless and regressive ‘either/or’ approach between organic and commercial.

Mr. Drennan explained that the CAP signed off on just yesterday was a perfect example of what he said was an active exclusion of commercial family farms – and particularly commercial family dairy farms. Citing the flagship ACRES environmental scheme, Mr. Drennan said that no effort had been made to make the scheme appealing or workable for commercial dairy farmers with the result that the very farms needed to make government policy effective could not participate.

“We have consistently pointed out to the Government that if we are to make anything near the kind of emissions’ reductions they have set out while preserving the economic ‘motor’ that is our commercial dairy sector, we have to design schemes that bring in the commercial family farms that want to participate”, said Mr. Drennan.

“The Government’s approach as typified by ACRES is predicated on excluding those farms – the actual basis for our dairy and beef sectors- and effectively supporting niche farming or land stewardship models that are already marginal to the national model. It’s self-evident that this policy of excluding commercial and focussing on organics or niche farming has no chance of getting the kind of critical mass in terms of emissions reductions that the government policy claims to want. It’s actually working to exclude the very type of farms that the policy needs if it is to have any chance of getting that momentum. For the umpteenth time, ICMSA repeats: Environmental policy has to address real commercial needs and concerns if it is to get the critical ‘buy-in’ and that means making environmental schemes attractive and workable for commercial family farms. It can’t be an ‘either/or’ where family farms must choose between being either environmentally progressive or commercial feasible. Policy and schemes must be designed to be both environmentally progressive and commercially feasible”, said Mr. Drennan.