The President of ICMSA, Pat McCormack, has flatly contradicted the statements of Government Ministers who continue to maintain that compulsory destocking of family farms need not happen and is not being sought. So far from that being the case, Mr McCormack said that such compulsory destocking has already begun and just because it is happening via the amended Nitrates Regulations does not make it any less of a harmful fact.

Mr. McCormack said that there are family farms who will have to destock at the start of 2023 and may have to further destock in 2024 due to policies agreed by this Government, whose net effect will be the removal of our family farm model and its replacement with the industrial scale of farm we see elsewhere. This policy is being driven by the changes introduced under the Nitrates Regulations which were proposed and designed by our own Government and cannot be blamed on the EU, he said.

The ICMSA President said that politicians – both local and national – seemed completely unaware of the enormous effects the changes would have on that very cohort of fulltime commercial dairy family farms who, we were constantly assured, policy was attempting to protect. Calling on the Government to go back to the EU and renegotiate the Nitrates Derogation, he noted that the changes would ‘take out’ the level of farms who simply did not have the resources available to them to take up any of the so-called ‘diversification options.’ Mr. McCormack cited the example of a family farm of 30ha that as of this year can milk up to 84 cows.  He said that with cow banding and with the potential for the maximum N level per hectare to fall from 250 to 220kgs, that very same family farm may only be allowed have 62 cows in 2024.

“That reduction of 22 cows effectively wipes out the economic sustainability of this farm and replicated through the neighbouring and similar farms, it undermines the viability of the wider rural community”, said Mr. McCormack.

Mr. McCormack accused the Government of introducing massive policy changes without consultation and he cited the amended nitrates rates as an example. He said that the Government policy amount to a ‘Three Card Trick’ where farming communities were distracted and told to focus on one highly visible area while ruinous policy changes were smuggled past without any worthwhile consultation or analysis.

“We have always said that farmers are happy and willing to play our role in this historic drive to sustainability, but we seem to be the only element that remembers that there was meant to be room for economic sustainability as well. The Government seems to have decided that there’s no need to consult or work with our farming communities and that this slippery tactic of distraction and elimination will work. It’s up to our rural representatives to insist that our farming communities get at least the same level of consultation and consideration that the Government seems very happy to give everyone else”, said Mr. McCormack. 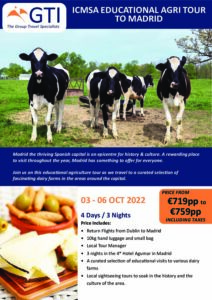 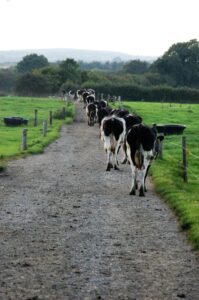 Economics Of Organics Needs To Be Clarified – ICMSA.  More → 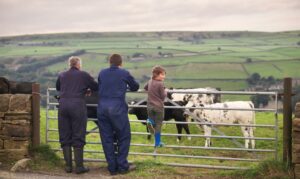