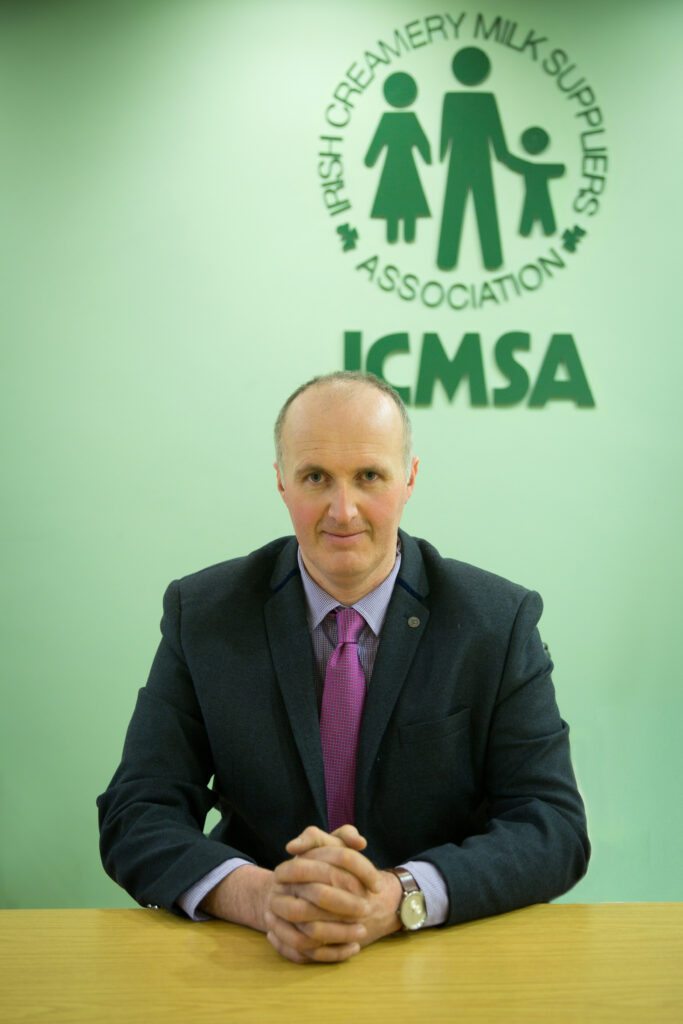 The President of ICMSA has again criticised Minister McConalogue for what Pat McCormack says is a completely disingenuous message on the ‘voluntary’ nature of Government policy.  Citing remarks made by Minister McConalogue yesterday at the Tullamore Show in which the Minister was, again, quoted as saying that “no measure will be forced upon farm families”, Mr. McCormack said that those remarks were just at demonstrable variance with the reality of the imminent changes to Nitrates regulations.

“It’s getting worrying to constantly read and hear from Government spokespersons that no measures related to emissions are compulsory or mandated, when at the same time, we have the Government mandating changes to the Nitrates regulations that are quite explicitly not voluntary or optional. We’re back here to the Government’s delusion that it can introduce a whole series of compulsory measures against farming in general, and dairying in particular, but so long as they don’t have ‘Emissions’ in the title, they can still argue that ‘nothing is forced upon farm families’ in terms of reducing emissions  Farmers are not fools and it really doesn’t matter what Minister McConalogue chooses to call these measures or under what heading he classifies them, what we are focussed on is the net outcome. And the net outcome is always restrictive of farming, and the proposal is always compulsory for farmers. So can we stop with the fallacy that these are being forced; this is ‘insult to injury’ stuff that has the official position reliant on word games and double meaning? I don’t know whether it’s deliberately disingenuous, but it’s certainly no way to introduce policy and long-term it is corrosive to a process that needs buy-in and a unified understanding of what it is that we are about”, said Mr. McCormack.