ICMSA welcome the appointment of Barry Cowen as Minister for Agriculture, Food and the Marine. 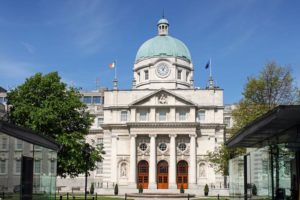 Reacting to the announcement of Barry Cowen as Minister for Agriculture, Food & the Marine, the President of ICMSA said that farmers would be reassured by the appointment of someone widely recognised as having a knowledge of, and sympathy with, the farm families of Ireland. Pat McCormack said that it was already obvious that the next five years would involve the most fundamental changes and challenges in Irish farming since the state’s accession to the then EEC in 1973. It was supremely important that our farming and food sectors were led by an individual who understands the nature of the change coming and will help the farming and food sectors make the transition in a way that acknowledges the central economic, social and environmental role the sector already plays in rural areas and who will fight to maintain that.