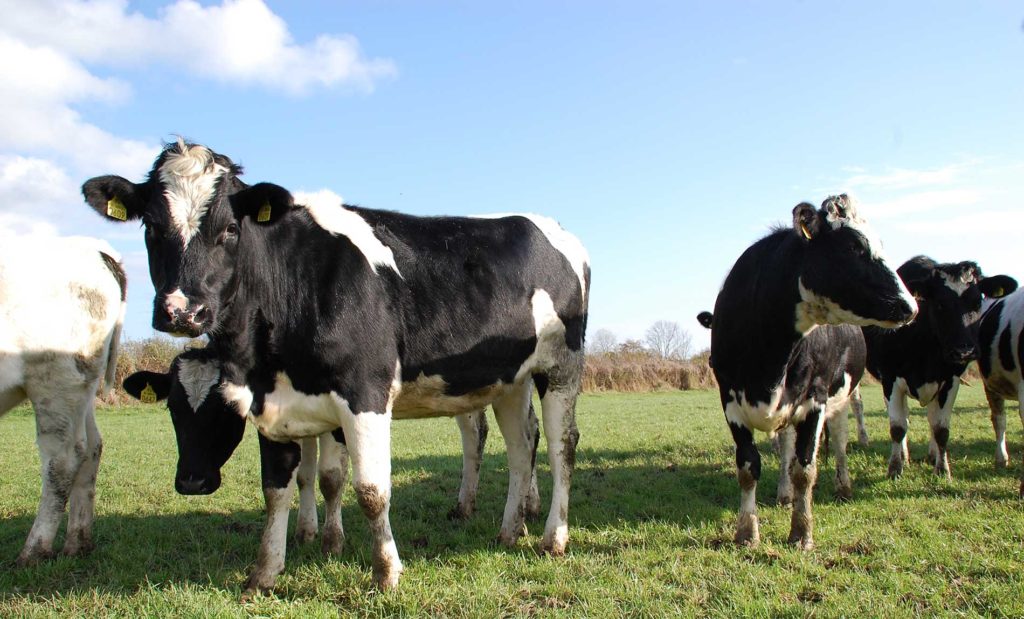 NEWS: GOVERNMENT MUST FACE UP TO FODDER FACTS

I write this the day after attending Virginia Show (congratulations to all involved) and Minister Creed’s announcement of a fodder subsidy scheme of some €4.25 million, a move which will not – on its own – be anywhere near sufficient to deal with a challenge that could go well past the 2013 situation that shook our farming sector very badly. I know and you know that we will get through this challenge by helping each other out and by identifying a systematic and co-ordinated response and then implementing that response; ‘oneoff’ measures or any kind of piecemeal approach is bound to fail because in exactly the same way as the drought is interlinked to other issues and has a real detrimental ‘knock-on’ effect, our response – our answer – has to be interlinked to the other issues and it too has to ‘knock-on’ but in a beneficial way. That is why, in the same breath as I welcomed the announcement of the fodder subsidy scheme, on the basis that it is better to light a candle than curse the darkness, ICMSA made two other points: firstly, we will have to move immediately to source and secure fodder supplies that we can import; the drought hit right across the continent and several countries, most notably Germany, are looking at similar or worse shortages. There will be a scramble, so let’s scramble first. The second point to make is that the first and most pressing ‘knock-on’ of the drought is the pressures on cashflow. That is currently at unbearable levels on many farms and one remedy that can help is the Low-Cost Loan Fund announced last year by Minister Creed which though ostensibly for Brexit is the perfect vehicle for getting working capital out to farmers faced with surging input costs that are overtaking their incomes. The key word there however is ‘announced’, because though the fund was indeed announced it has never actually opened for lending.

The contrast with the fund announced for small businesses threatened by Brexit is instructive – their fund has been opened and is lending away. On the basis that it is better to light a candle than curse the darkness, ICMSA welcomes these initial responses to the fodder crisis but we emphasise that more will have to be done – and quickly. The very first thing that must be done is to open a properly funded low interest loan scheme for the farmers caught in what I recently described as the ‘financial vice-grip’ where money
might still be owed to feed merchants from last Spring that is already being added to for current deliveries that might have to continue through to next spring. That is the reality for many and those farmers must be given access to funds at a low interest rate that recognises the special circumstances brought about by a long and hard winter then a very short spring and into the worst drought in decades. At the same time, we will have to insist that faced with a ceaseless stream of bills that we at least get a proper price for our produce. Stating that fact brings me to milk price and I can tell you now that my phone burned hot on the milk prices announced for June. Several of our most high-profile processors decided not to pay a price that was absolutely justified by any objective reading of the market data and which, moreover, was what they had been paid themselves according to the Ornua PPI. ICMSA was as critical and trenchant as this situation demanded and we will continue to ‘call out’ those processors who are demonstrably falling short in paying their milk suppliers what the market data indicates. We will never make an apology for doing that and we will never make an apology for the increasingly frequent and widespread practice that has processors dividing farmer milk price into ‘Base’ and ‘Bonus’ elements with the ‘Base Milk Price’ invariably below the Ornua price-per litre breakdown with the ‘Bonus’ cent(s) used to bring the price to the farmer price back up to what it should have been anyway!

It is a long established fact that a reader will be distracted by the readable content of a page when looking at its layout. The point of using Lorem Ipsum is that it has a more-or-less normal distribution of letters, as opposed to using ‘Content here, content here’, making it look like readable English. Many desktop publishing packages and web page editors now use Lorem Ipsum as their default model text, and a search for ‘lorem ipsum’ will uncover many web sites still in their infancy. Various versions have evolved over the years, sometimes by accident, sometimes on purpose (injected humour and the like).

On Page 3 Ger Quain goes into more detail of this tactic on which we have taken a firm (and solo) stand. But I will reiterate here what I said recently: we will not allow ourselves to be put in the position of ‘hired hands’ standing there with our caps in hand, grateful to be getting as a ‘Bonus’ what was ours by right. We reject the idea that getting a fair price for our milk can be described as being awarded a ‘Bonus’, that’s a slippery change in the relationship and describing the bonus as being due on grounds of ‘Loyalty’ or ‘Hardship’ doesn’t make it any better. My message to the processors is this: the only acceptable minimum Base Milk Price is what the Ornua Index translates to, currently just over 32 c/L . If anybody wants to pay a bonus then we welcome that – but it is on top of that Base Milk Price, not bringing it up to that figure. We will be launching our by-now traditional Irish Examiner – ICMSA survey which is carried in that paper over the three days of the Ploughing Championships. I’d also invite you to call in to our stand which is right at the heart of the site on ROW 12, STAND NUMBER: 257. We’ll have some little gifts and great opportunities to win draws courtesy of Campion Insurances and Zurich Insurances (see Page 12) I’d also remind you that ICMSA is one of the main sponsors of the Farming Independent Zurich ‘Farmer of the Year’ (see Page 13) Competition and we’re determined that as many of our progressive and highly skilled members enter and give themselves a chance to win the large cash prizes available. So please enter yourself or nominate a neighbour who’s an excellent farmer but too modest to put him/herself forward.