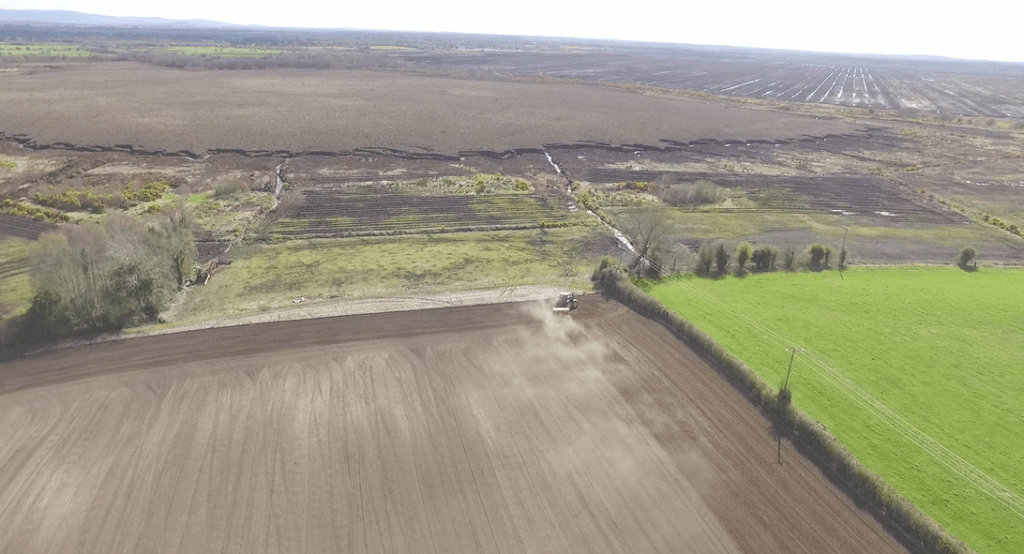 ICMSA have confirmed that Bord na Mona have responded to the farm organisation’s call for the semi-state to provide a written guarantee to farms adjoining the sites of their proposed Rewetting Project. The farm organisation wants a guarantee that commits the semi-state to make good any damage to the private farmland resulting from the Rewetting or any connected works.   Mr. Pat McCormack, President of ICMSA, said that they had received a communication from Bord na Mona in which the semi-state declared that it had ‘made its position known’ on the question of guarantees, but was considering the matter and would be making a statement in due course.

Mr. McCormack said that ICMSA stood ready to work with Bord na Mona and the farmers concerned just as soon as what he described as “the bare minimum of recognition and responsibility” for any consequences of the proposed rewetting were explicitly accepted by way of written guarantee from the agency proposing and undertaking the project, Bord na Mona.

“We have received a communication from Bord na Mona that declares that it has ‘made its position known’. So it’s probably just as well that we make our position known again. There’s been a little bit of chopping and changing by. some contributors to this question, but our position hasn’t changed one iota. Nor will it”, said Mr McCormack.

“Bord na Mona are proposing a project that could have incredibly damaging consequences for the farms adjoining the rewetting sites. We have said before that we have absolutely no problem with BnM doing what they want with their own lands, but we have a major problem with BnM carrying out work on their lands that could undo the work of generations of families who’ve been farming beside them and make currently valuable pastures unworkable. We don’t think that that is an unreasonable position. When Bord na Mona wave that away and say that they’re confident that neighbouring farm land won’t flood or suffer damage, then we say that if they’re that confident they won’t mind giving the farms concerned a written guarantee to that effect. But while we’re on the subject of letting our respective positions ‘be known’, I’d like to reassure the farmers around these sites that we will insist that their rights are safeguarded and that their hard work and assets are not made collateral damage of any state or semi-state project, regardless of how well intentioned it is or how confident the engineers are”, he continued.

Mr. McCormack said that farmers will not be fobbed off and that Bord na Mona would be unwise to expect farmers’ attitudes to change.   “We think that in due course Bord na Mona will realise that it’s fair and feasible to stand behind their own plans and expertise and give the farmers the written guarantee to which any reasonable observer would conclude those neighbouring farmers are entitled”, he said.