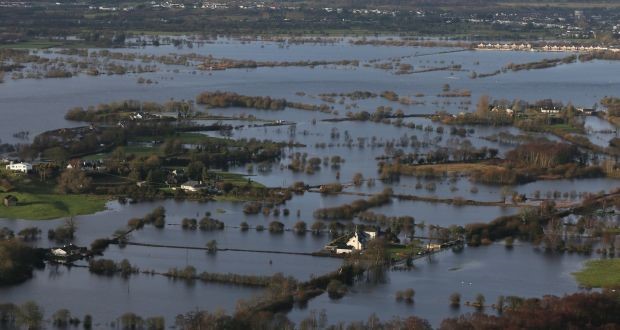 The current flooding of houses, farm yards and farmland should come as no surprise to anyone and is as a result of decades of mismanagement of our river systems and it is totally unacceptable that families have to endure such mental and financial hardship according to Mr. Pat McCormack, President of ICMSA as a result of state mismanagement and the fact that too many bodies have authority over rivers but nobody wants to take responsibility and deal with the problems.   These are the facts and the pace of dealing with these problems is simply too slow and it would appear that the needs of the people affected is well down the priority list of policymakers at national and EU level.

Facing into a weekend of further rain, in the short term, it is absolutely essential that all the resources of the State are made available to people in the impacted areas to protect their homes and farmyards in particular and that secondly, that a financial aid package is made available to people who have suffered financial losses as a result of the flooding.   In relation to farming, put simply, Mr. McCormack said, that any farm related inspections should be suspended in these areas.   Farmers are under enough pressure in these areas trying to mind and feed cattle and it is simply unacceptable that an inspector could arrive and expect the farmer to give up a day in many cases to carry out the inspection.   Until the flooding has receded, these farmers should not be inspected.

In the long term, ICMSA, Mr. McCormack said, has called repeatedly for the establishment of a National Waterways Authority whose sole role would be the management of Irish rivers from all perspectives but with flood prevention the number one priority.   Such a body would also have complete responsibility for the river system and we would eliminate the current position of different agencies having different management roles over rivers and ordinary families being caught in the cross fire.   People should be under no illusions that the events of the past week will be repeated again on a regular basis unless proper management of our river system from a flooding perspective is prioritised.   Quite clearly at present, it is not and one only has to look at the environmental restrictions being imposed at national and EU level to justify this statement.   Some politicians have rejected the concept of a single agency and I would challenge them to come up with a better system to resolve the issues as successive Governments have completely failed the communities impacted by these floods.

It is quite clear to anyone living along rivers that state agencies management and maintenance of river systems has been focussed on maintaining marine and other wildlife along the river systems and this has been prioritised over the needs of people living in the river floodplains.   The policy of flood defences is simply pushing the problem further downstream to other people.   It is also quite clear that a national dredging programme of Irish rivers is required as a matter of priority and it is probably the 1960’s since this was done in the past.   Irish rivers are getting clogged up due to a total lack of management and maintenance over decades and we now need to address this problem.   To achieve this, Mr. McCormack said, that the immediate establishment of one body to manage rivers is required

People in these flood risk areas are fed up listening to empty political promises during flood events with no follow up after the event.  Short term supports and resources are needed immediately with a commitment to commence a dredging programme to deal with the issue once and for all.   Without this commitment, these flood events will occur again and again and this will no longer be accepted by the people concerned, concluded Mr. McCormack.