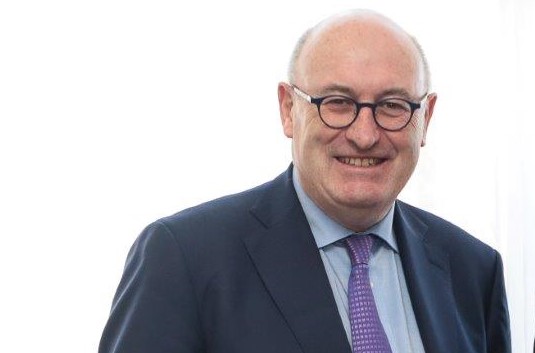 Commenting on the calls for the resignation or sacking of EU Commissioner for Trade, Phil Hogan, the President of ICMSA has warned against what he called “cutting off our Brexit nose to spite our Covid face”.

Pat McCormack said that it would strategically self-defeating and self-indulgent for the Government or anyone with an appreciation of the national interest to demand the removal of someone who understood the Irish position vis-à-vis Brexit as well as Commissioner Hogan and who was as highly-regarded within the Commission. Mr McCormack said that he fully understood the anger of the people suffering under official restrictions – and he assured them that that anger was absolutely shared by his farmer members – but he also said that many decisions taken in anger were often not the most strategic or far-sighted and he strongly believed that this was one of those instances.

Mr McCormack said that his farmer members had more occasion than most to feel angered by the whole episode – they were now contemplating the third Minister for Agriculture, Food and the Marine in eight weeks. But farmers and the wider food sector were also most cognisant of the overriding need to get a satisfactory Brexit deal that worked for everyone and avoid the kind of conclusion that would damage Ireland most of all and shut us out of multi-billion Euro British markets into which we had sold for centuries.