Speaking following the latest Financial TB Working Group Meeting, Mr. Des Morrison, Chairperson of the ICMSA Livestock Committee stated that the Income Supplement increases on the table from the Department of Agriculture Food and the Marine are welcome and will certainly improve the financial situation for those impacted by the scourge of TB.

ICMSA has participated in lengthy discussions on TB compensation and it is our priority that farmers who are impacted by TB receive an Income Supplement that better reflects the losses suffered by them during the restriction period.    The proposed increases will see an increase of approximately 25% in the Income Supplement, Depopulation and Hardship Grants funded in part by the TB levy on farmers.    There are substantial monies being collected from all farmers and we must ensure that there is not an endless levy and runaway fund.

Mr. Morrison said that he was hopeful that the potential hurdles that are in the way to get these increased payments across the line can be resolved in the coming weeks and then a greater focus is needed deal with the priority issue of reducing the incidence of TB across Ireland by ensuring that the wildlife programme can be prioritised and ensuring that high incidence areas and herds can see a significant reduction in the coming years.

Concluding, Mr. Morrison said, that it is essential that the increased compensation rates are applied immediately. 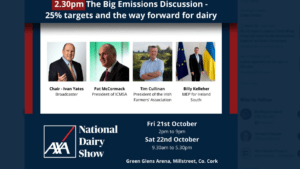